This is a selection of my all-time favorite photographs. The process was no more complicated than browsing my Flickr gallery and clicking on the ones that stood out. It is not the same gallery that I had on here a few years ago, and in good time, it will likely be changed yet again.

Since I cannot seem to resist going all-nerd with the technical stuff, I have added a brief description after each picture, with gear and setting. Enjoy! 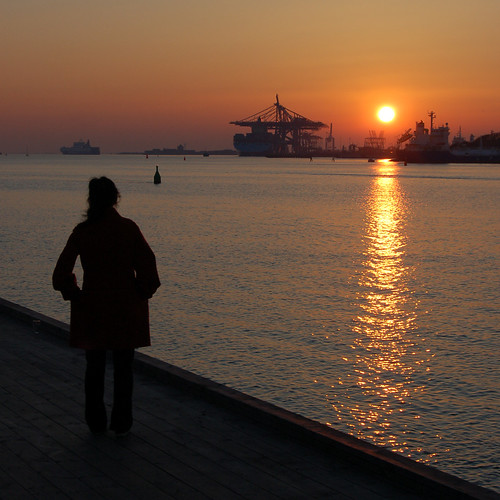 This was a cold evening. After the sun disappeared, I regretted leaving my winter clothing behind, and consequently put the car heater on full as I left the site. This was the second day with my brand new SLR camera, and always when there's something new around, I defied just about any weather except pouring rain in order to use it. The composition of this photo was somewhat thought through, but the settings were completely up to the automatic settings. It turned out decent anyway! 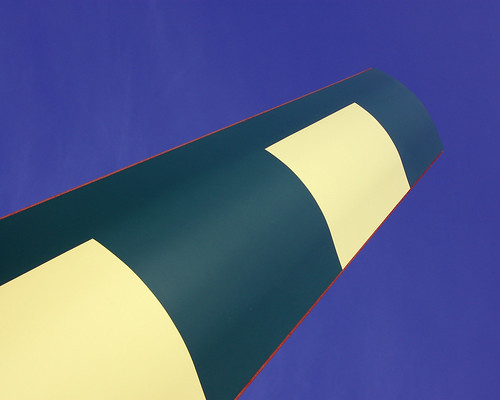 These metal contraptions are all over Lindholmen. They have the same basic shape, but come in different colors and with varying patterns. It took me a few months to suss out that they are actually letters. This is the E, the title of the photo being a reference to one of my favorite bands, Rush. 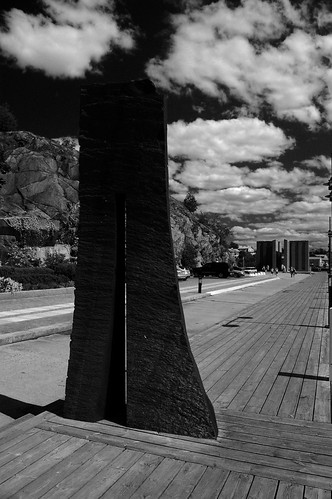 The boardwalk that runs all along the Eriksberg area is interrupted at intervals by various stone sculptures. In the background, you can see the "Temple of the Winds", but in the foreground is... another piece of art by... someone. It took a few tries before I nailed the composition as well as the proper positioning of the polarizing filter, by which time the couple who were out walking had gone right past where I was standing. This happened to coincide with the clouds aligning just so. A picture with lots of contrast between clouds and blue sky just begs for black and white conversion, and the result is quite nice indeed. 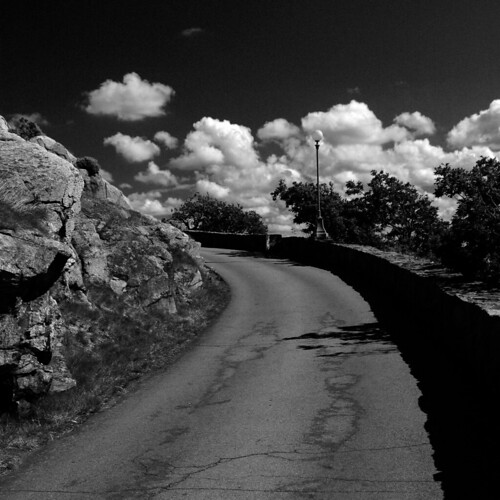 Refer to the comment about black and white above. This on the south side of Ramberget ("Raven Hill"), and just around the bend in the road, you come to a large parking lot where you can get a good view of central Gothenburg. 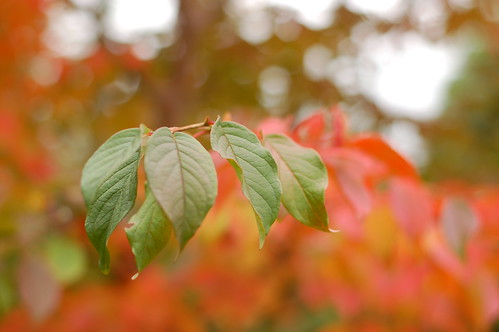 This has the distinction of being the first and thus far only picture I have sold! Through contacts, this found its way into a publication about the fall activities of the Church of Sweden. Even though I'm less fond of the blown-out sky in the background, there is still something with this photo that appeals to me. You might think that it's miraculous, given that I had to focus the 50 mm lens manually, but then again, something is always in focus anyway. 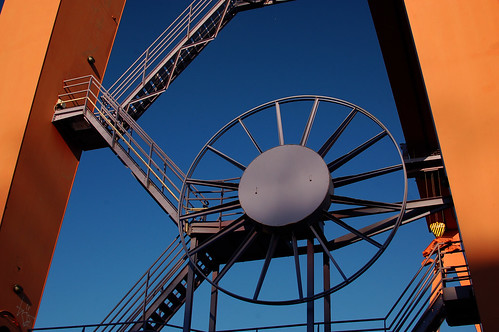 The first photo shoot with my 35 mm fixed lens, which spent its days basically glued onto the camera. I seem to recall walking around the old shipyard with a polarizer on, possibly also a one-stop ND filter. In case you don't know, this is the crane of the old Eriksberg shipyard, in golden light. This was a very productive evening. I got out just in the nick of time and managed to bag lots of pictures during the golden hour. I am always quick to pin it on the lens—it made it almost impossible not to get the shot—but of course there's some truth to that new and great gear can actually inspire you to create stuff you didn't think you were capable of. 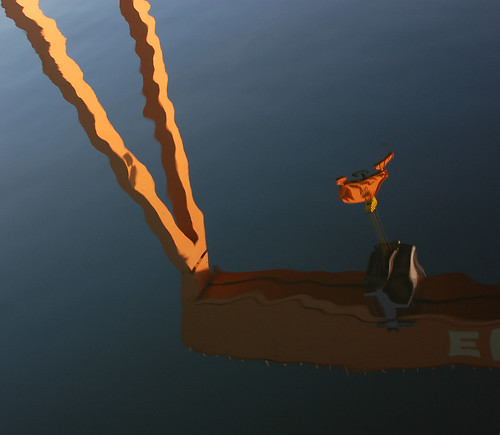 The fourth part of a study of reflection in the now permanently wet drydock at Eriksberg. I could post the other three as well, but I wanted to pick one and this is it. Eriksberg is great for photography. There is a lot of water around and lots of shipbuilding equipment that's painted orange. It's chock full of ready-made compositions for when the light is good. 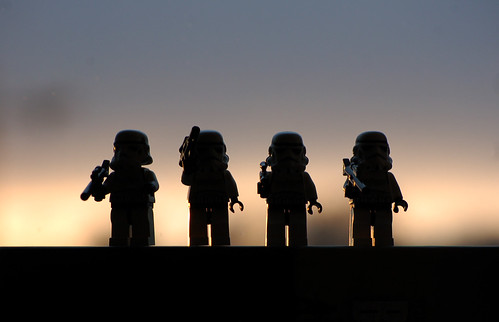 In 2010 I embarked upon a 365 project, where I spent the entire year taking and publishing one photo a day. Around that time, I became fascinated by a few photographers I found on Flickr, where they posted recreations of classic photographs and film scenes using Lego figures. I wanted to play along, and waited until the light was right to snap this tribute to Band of Brothers. There is also an unfinished Saving Private Ryan somewhere on a hard drive, but I haven't worked on that for quite some time now. 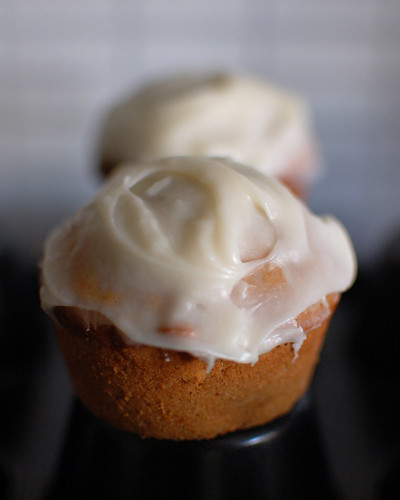 I am easily fooled. Sometimes all that's needed is a narrow depth of field in order for me to enjoy a picture. This one is of my wife's carrot muffins in evening light. I think it was only later during 2010 that I did my own for an office bake-off. 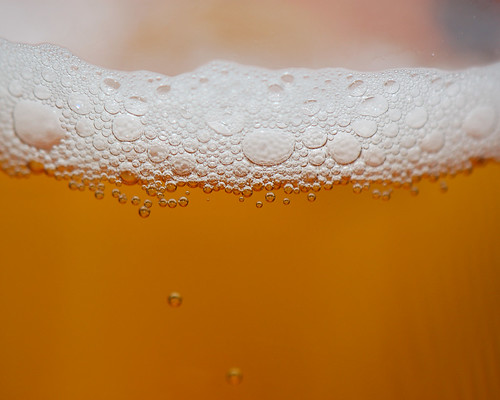 Macro photography is very fascinating. I think it's so interesting that everyday humdrum objects take on a completely different character when you get close to them using a digital camera and a macro lens. The Nikon 85 mm macro was darn good, and it is likely that I would have kept it had I not got an old 105 mm autofocus macro lens from friends of the family, who would otherwise have ditched it. 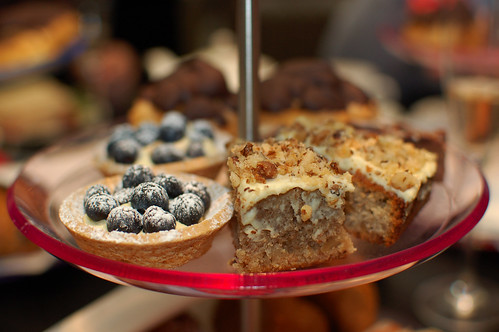 In 2010 we travelled to London to celebrate my aunt's big birthday, and at this very moment we were celebrating my wife's birthday by having afternoon tea at Brasserie Max on Monmouth St. I have done it a couple more times since—we try to never go to London without a booking at the Brasserie. This was the first time. They update their offerings from time to time, and it's evident that they've gone easier on the sweet stuff, which is all and well. With this much good stuff on the trays, you can't not taste it all! This was around 2 P.M., and none of us had any appetite whatsoever for the rest of the day. 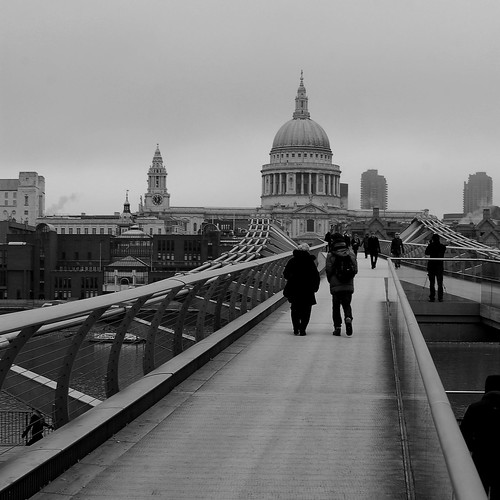 London is my number one travel destination. I wouldn't hesitate to pick London should I somehow only be allowed to visit one place outside of Sweden during the rest of my days. London is wonderfully cosy, but gets awfully crowded around Christmas. The day before I shot this, we did our last-minute shopping on Oxford St. The crowd was so massive that you had to plan a minute ahead to get to a shop fifteen feet away. The drawback with London around the holidays is that everything shuts down on Christmas Day. The Tube doesn't run, hardly any places are open, and there are three or four Hackney carriages that serve the whole town. We had to make do with a stroll from our hotel near Trafalgar Sq. to St. Paul's Cathedral. (Freudian slip of the year occurred around this time in 2011, when my wife asked me what we did for Christmas last year. Oh, I said, we went to Les Paul's Cathedral!) 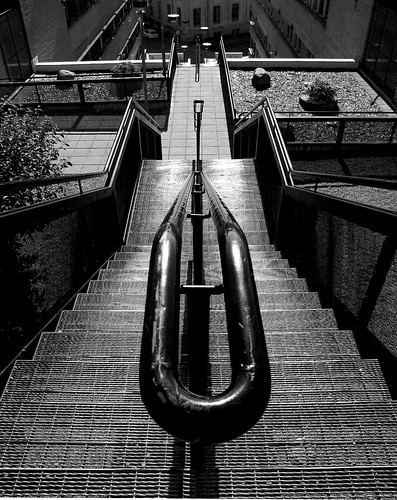 Translation: Artilleryman Glader's stairs. I recently learned that Glader was a real person, who was a prisoner of war at the beginning of the 19th century, during Napoleon's heyday. I have never walked up this set of stairs, only down. A bit further eastward is a less daunting slope you can brave in order to get up from Kaserntorget to Kungshöjd. 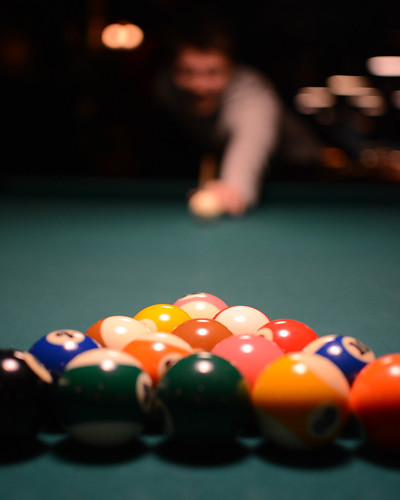 I'm guessing that this is a former co-worker of my wife's, preparing the break at a local pool hall. I wasn't playing that night, so I was quite content to drink beer and document the proceedings on my brand spanking new Nikon D7100. 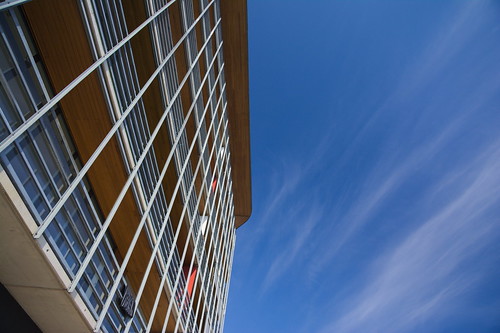 I'm not entirely sure where this was taken, but it is somewhere among the more recently built houses near the Eriksberg shipyard. A spring walk along the northern bank of the river goes well with a camera in hand. It is very likely that I used a polarizer to get rid of reflections, and to darken the sky.